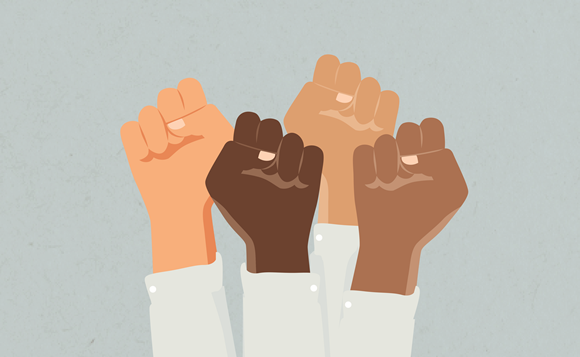 More than three months ago, I wrote a tweet about the anti-Asian sentiment that I was observing in the United States. I was distraught and saddened by the anti-Asian sentiment that I was seeing, hearing, and yes, even personally experiencing. I won’t go into what I personally experienced, but all around me, I was seeing Asians who had gotten spit on, their houses burned down, not to mention all the micro-aggressions that were occurring. I wrote how we needed to collectively crush not only the virus that we were experiencing, but also crush xenophobia and racism. 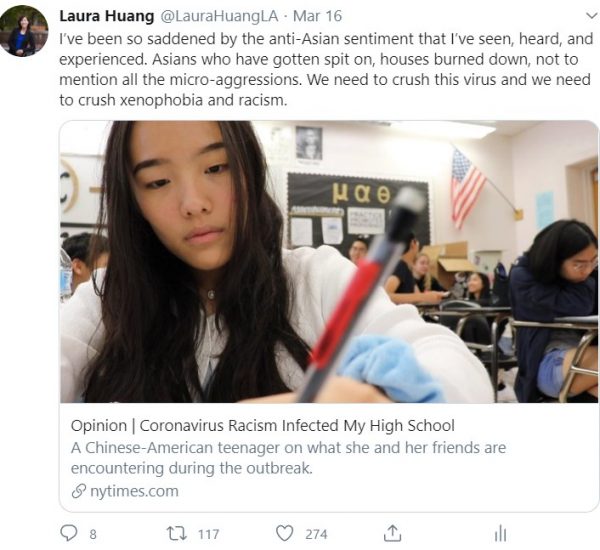 Things have obviously gotten worse, not better. We have seen more, not less, racism. We have seen the devastation and tragedies against Black lives, and the subsequent protests.

What made me feel better during that time period, two months ago, was seeing and hearing strong Asian voices—voices like Joe Wong, Jeremy Lin, Benny Luo, and others—who spoke up and spoke out.

But it wasn’t just Asian voices that I heard.  It was also voices like Brian Laung Aoaeh, a black man, who not only wrote and sent support to me personally, but vocally and publicly expressed the awfulness of what he was seeing, the impact to the Asian community, and how he felt the need to check on his Asian and Asian-American students. It was voices like Soledad O’Brien, who publicly called out the bigotry associated with those (even those who are our “leaders”) that were calling out the global pandemic as specifically a “Chinese” one.

In many ways, these voices are poignant because they make us feel understood and supported.  That even though individuals like Brian Laung Aoaeh and Soledad O’Brien have never experienced anti-Asian attacks, they understand and are ready to serve as allies.  And not only did their speaking out make me feel like they were giving a big hug to the entire Asian community, I also saw that people where actually listening and engaging more with them because they were slightly more arms-length from these highly visceral, emotional issues—at least as it applied to anti-Asian racism.

Shortly after, I tweeted a short message, looking for more allies:

I said, “[The] only thing accelerating faster than COVID-19 is Anti-Asian attacks. Gonna do some data analysis. Need twitter handles for: 1) ppl who have brought awareness to attacks, 2) ppl noticeably silent, 3) ppl w openly racist posts. Plz respond or DM.”

As a researcher and a scholar, one way that I can help is through data. What ensued was a joint collaboration between myself and a number of researchers, including a group of researchers from Visual Risk IQ (visualriskiq.com). What we wanted to examine was some of these observations that I was having:

And now that we have continued to see more racism, and I find myself fully ensconced in the #Asians4Blacks movement, I think these questions become even more salient.

We describe our analysis and methods here, but at a high level, our process entailed taking the 500 most influential individuals on Twitter, randomly selecting a group of these influencers who primarily identify as Black, Hispanic, or Asian, and then examining their tweets on issues relating to racial injustice, hate speech, and/or violence (for example, the Charleston church shootings in 2015).

We want to be clear that this analysis is incomplete—and is just our way of doing an exploratory first look at what it means to have voice during the midst of these terrible injustices and tragedies. We are not claiming that this is comprehensive, nor the authoritative source on these issues, but instead, provides a catalyst for important dialogue.

Think about this for a second: when Asians speak out on behalf of generalized racism, their voices are less heard, or worse yet, are sometimes disregarded. But when it is specific to racism that they’ve experienced, or in their own communities, it carries (slightly) more weight.

Blacks, on the other hand, are not listened to when they speak about the specific racism that the Black community has faced. But we listen when they speak on behalf of others, as long as it’s not about Black racism.

But yet, overwhelmingly, there are cumulative benefits for everyone when you speak out on behalf of your own community as well as the community of others—that your voice carries more weight when you speak out in protest against racism in general, for example. That you can actually hone and strengthen your ability to be listened to by speaking not just about others, or just about yourself. I found this to be fascinating. And this is just a sample of what we found, with our full findings presented here. 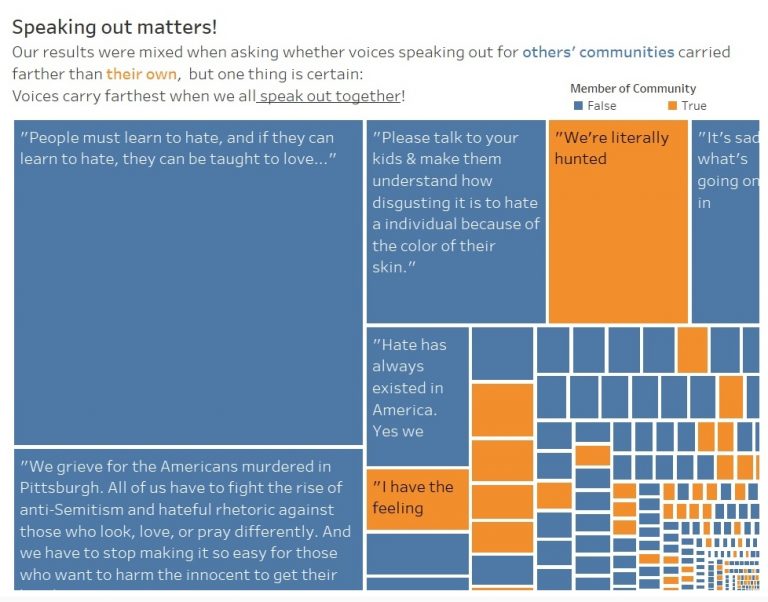 Again, I emphasize that these are just exploratory findings, and lots more work needs to be done to understand these issues more fully. And so, may this be just the beginning of more conversations to come.  Where we speak on behalf of each other.  Where my voice carries for my Black and Brown comrades, and the voices of my Black and Brown comrades carry in turn. In this way, we amplify. Amplification is not just about gender, nor is it just about banding together and supporting one another.  It’s about smashing through bias by building a critical mass.  It’s each of us adding a piece of straw, so that one day, someone, regardless of who that person is, and what color he or she is, will be the one that breaks the camel’s back.  For all of us.

Special thanks to @VisualRiskIQ (visualriskiq.com) for their amazing data analyses, modeling, and graphical representations, and @Ted3d for his invaluable advice on Twitter textual analysis.